Castlebridge are patrons of the arts again this year. As our HQ is down in the home town of one of the longest running opera festivals in Europe, and the site of Ireland’s National Opera House, yet again we are proud to sponsor a Wexford tradition in the Opera House. We’re sponsoring Wexford Pantomime Society’s show in January 2023. (It’s Aladdin, and it promises to be a great show as it’s their first on-stage performance since 2020).

Discussing this among our diverse team recently highlighted a very important issue in data management communications: sometimes data people and data protection people assume that our audiences know exactly what we are talking about, when in reality there is a gap in understanding.

In this instance, one of the team (who will remain nameless) confused pantomime with mime. One is a classic performance art that evokes emotion and imagination through silent performance. The other is pantomime. But both draw on narrative archetypes to help short-cut and subvert our expectations.

The role of narrative in Data-related change

Peter Senge wrote that “people don’t resist change, they resist being changed”. And he is spot on. Data-related change in organisations requires people to make changes to how they think about and act in relation to data. It can often mean shaking up internalised perceptions that can be linked to the professional identity of the person. Also, change introduces uncertainty and uncertainty can, if not managed, lead to fear and to resistance.

It is therefore essential that organisations that are embarking on data-related change consider the human factors associated with that change and plan for it. The utter failure of organisations to do this well, and my experience of how amazing things can happen when it is done right, is one of the things that motivated me to found Castlebridge back in 2009. Whether it is a data protection shift-left in the organisation, a formalisation of data governance, or the shaping of a data strategy, we need to bring the audience with us.

Do you feel like you are walking against the wind in your data-change? Does it sometimes feel like nobody can hear what you are trying to explain? Does it feel like someone has stuck you into an invisible box? Congratulations. You have become a data mime.

Of course, if we look back at the origins of mime as an art form, we find that it has its origins in the absurd representation of day to day experiences intended to make people think about life’s experiences differently. Today, it is often synonymous with lip synching. In a data management context, you can be a data mime if you are simply mouthing the noises produced by an invisible backing band without necessarily understanding the meaning and context (or having the skill to hit the right notes).

Breaking out of your box and finding the voice of data change for your organisation is a critical element of getting traction for that data change. Otherwise, you will never get the headwinds to change and people will dismiss your greatest data hits as the work of the invisible consultants behind the scenes.

The Wisdom of the Pantomime

Pantomime should be the official art form of the data professional. It uses generic narrative patterns, recognisable thematic structures, and archetypal characters to create a story that is both familiar and new at the same time. Thomas O’Leary (a professional panto script writer) and his fellow panto script writers take familiar stories and introduce new elements and new(ish) jokes so that the audience is brought with the narrative. (Spare a thought for Thomas… because we’re a sponsor of the Wexford Panto he has to work us in to the script somehow this year).

The overall structure of the panto plot and characters is like a conceptual data model. The audience recognises the crude concepts of the archetypes and, as the pantomime unrolls, the detail of the relationships between characters (entities) and the events that occur (the processes), combined with ‘design patterns’ of tropes like audience call and response and topical in-jokes results (when done well) in a ribald slapstick evening of vaudeville-esque entertainment.

So, what can we learn from panto as data professionals?

Pantomime tells a story. That story is built on recognisable foundations and intuitively understandable elements. The narrative is laid out in broad strokes. The motivations of the characters (and the redemption arc that is at the centre of the villain’s journey) are not difficult to spot. And when the pantomime decides to take something in a different direction (such as a new character or a new twist on an old character archetype) it is not subtle.

But at its heart it follows simple narrative patterns. A good panto script doesn’t require us to engage our critical faculties to follow the story. Instead it speaks to our more primitive brain, tickling our funny bone and entertaining us.

Data professionals can learn from this simplicity. By working with archetypes and recognisable models we can build a story of change. If we paint the characters broadly, using familiar templates, we can reduce the effort needed to follow the change. By reducing the cognitive effort we can prompt audience interaction and engagement with the story of the change.

If we get it right, we might find that that annoying data mime can be left behind us.

How can Castlebridge Help?

Castlebridge runs a range of courses and coaching sessions for data professionals helping you craft your data change story. Get in touch to find out how we can help! 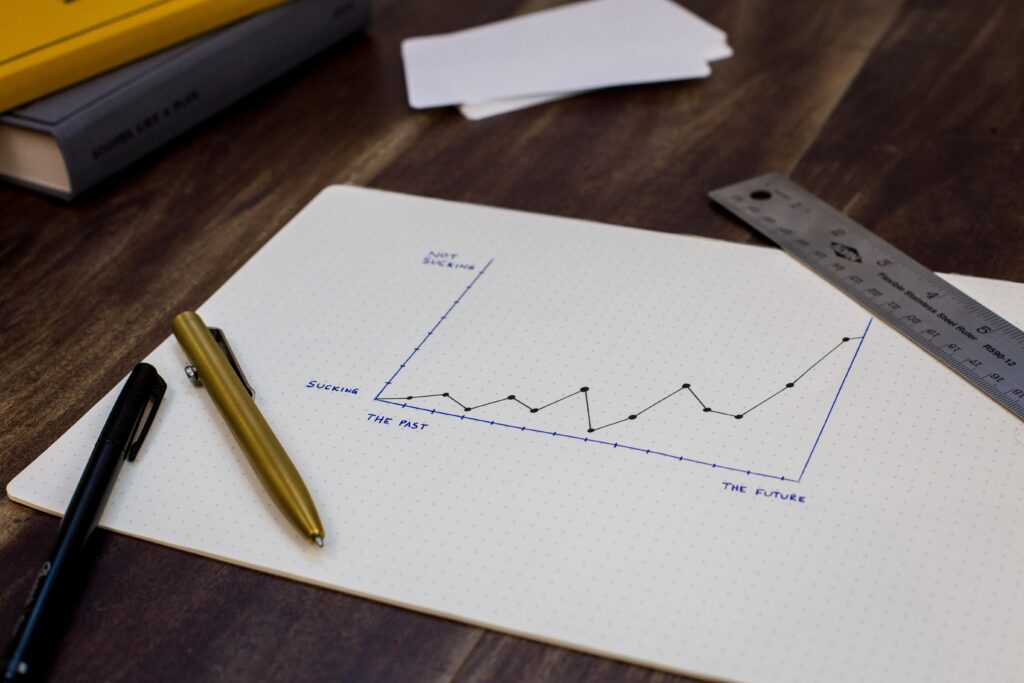 ChatGPT and the Enshittening of Knowledge

ChatGPT and the Enshittening of Knowledge