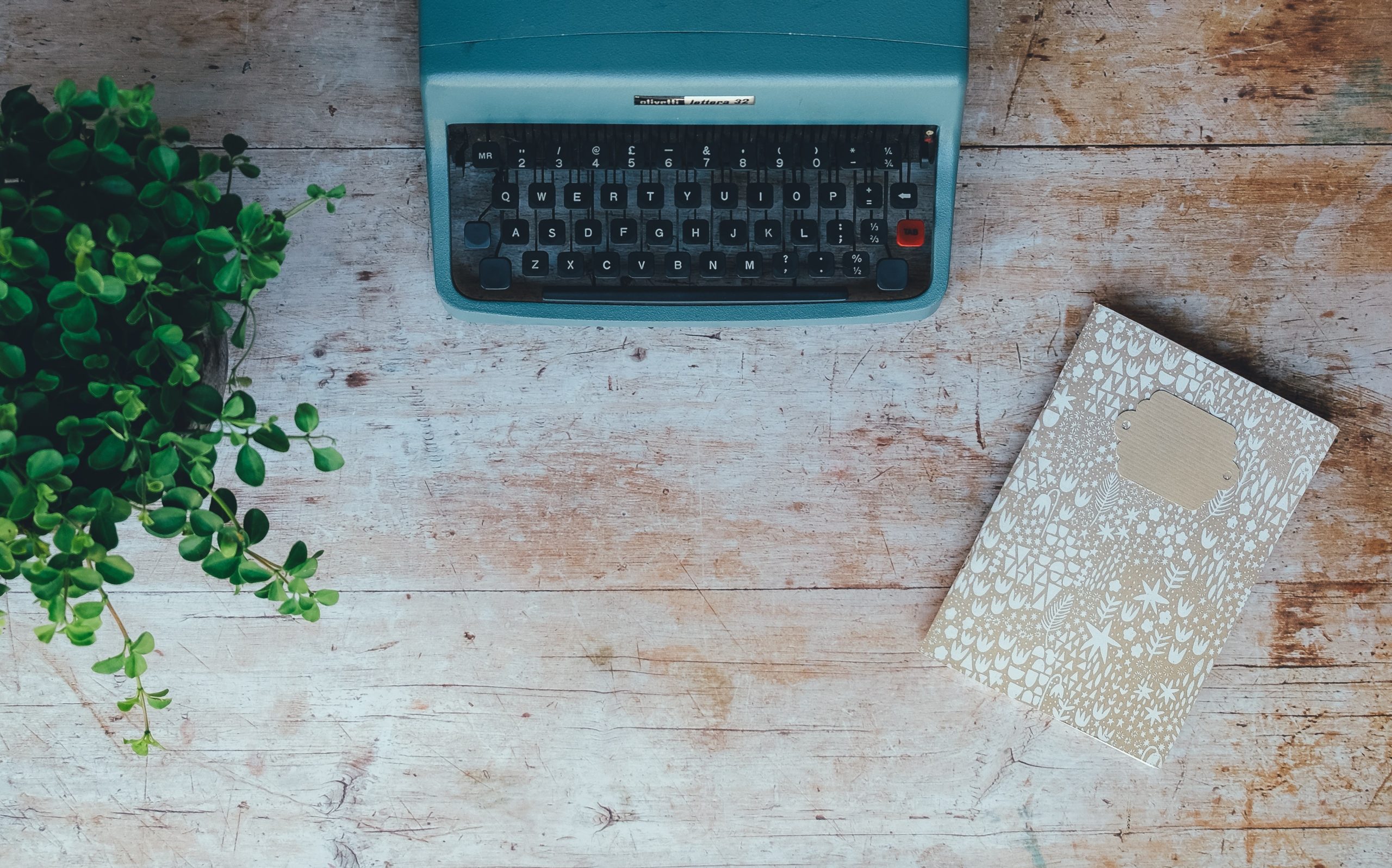 Data and Storytelling: A Tale of Two Approaches to Data in the Nineteenth Century

A recent talk on Digital Rights and the regulation of data protection in a digital era given by Jan Philipp Albrecht inspired some consideration about how we consider these issues, particularly when it comes to questions of data mining and “big data”.

New technology and technological capabilities often raise questions regarding the principles of their use. We call our era the “information age” and we are constantly aware of the exponential growth in computing power, information storage, and the ability to collect and process data. The current buzz word of “Big Data” and the capability to analyze it has been cited to promise everything from crime prevention to improved healthcare to successfully finding romance. (http://www.bbc.com/news/business-26613909) More than ever, as more and more data is collected in every aspect of life, we need clarity in the general principles for what data we collect, how we process and use it, and how we should protect it.

It’s worth remembering in the midst of all this buzz, that this is not the first time we have grappled with questions raised by advances in technology, new knowledge, or its application. Basic principles underlying human interaction and the way we process information remain constant during technological change. We are justifiably concerned about questions of privacy in the collection and processing of data, as our ability to process data and the data available to be processed increases at a rapid pace. The individual challenges of our era and our new technology are unique. However, the principles underlying the way we think about and process data are technologically neutral. In fact, they are so technology-neutral that we can go back to the nineteenth century (another period of unique challenges related to rapid change and technological development) for illustrations to the principles towards collecting and processing data, and the perceptions regarding the gathering of personal information.

“It was the best of times, it was the worst of times . . .”. The opening lines of Charles Dickens’s popular historical novel set around the excesses of the French Revolution immediately compares the “historical” past of a particular era to the reader’s present. The main villain of the novel is a vivid illustration of the use of a novel technology to record personal data, and also an example of this capability being put to completely unethical use. This vivid illustration centres around Madame Therese Defarge, the wife of a wine shop owner and the monstrous Tricoteuse, knitting constantly, even at the guillotine.

The main villain of the novel, Madame Defarge and her knitting are also often seen as a symbol fate in the way she measures out the lives of others in her yarn, she knits ceaselessly. That knitting is algorithmic. In the specific patterns of her stitches she encodes a record of all those who are to be killed by the new regime. Her knitting “registers” people’s names and other personally identifying data. Her observations are covert and her records are in code; there is a complete lack of transparency in how she does things. Mme. Defarge sits, watches, and collects data constantly, recording it for future use.

And in the context of Dickens’ narrative, it is made clear that this constant recording of information on people’s comings and goings is incredibly sinister, partly because she has no sense of limits. Her knitted “registry” has no expiration date, and it assumes guilt by association. Charles Darnay, the romantic hero of the novel, is condemned to the guillotine because of his genetics — his estranged relation is an aristocrat. (This could be compared to an extreme version of innocent people being dragged into the criminal justice system due to partial DNA matches.) The knitting citizen activist nearly causes the death of the book’s romantic hero, and it is only through the self-sacrifice of a character whose appearance is similar enough to take his place (in a sense fooling facial recognition) that he avoids execution.

Madame Defarge is an early illustration of the dangers and corruptions of a surveillance society, in which people’s personal information is collected “just in case” and then used against them in what one could consider either a criminal act or support of a tyrannical regime. The data itself may be both useful and neutral, but its subjects are not in control of it, and the controllers are unregulated. The data and novel technology of recording it are put to the use of tyranny and violence.

In contrast to this Dickensian example of a tyrannical Jacobin Panopticon that nearly destroys his protagonists is an even more iconic figure — one of the most famous characters invented in the Nineteenth Century and a figure who anticipated much modernity. Sir Arthur Conan Doyle’s “consulting detective” anticipated much of what would later become standard detecting and forensic science, such as fingerprint analysis. A hero of the modern age with new media adaptations of the character able to fit him neatly into contemporary setting, Sherlock Holmes continues to fascinate.

The character is first introduced in A Study in Scarlet. The first characteristics described are his eccentricity, his enthusiasm for new technological advancements and what seems to be encyclopaedic knowledge. But even before John Watson relates Holmes’ trademark ability to garner key information from the observation of minute, often overlooked details, the memorable centre of his deductive genius, Conan Doyle disrupts the picture with the information that Holmes’ “ignorance was as remarkable as his knowledge”. As Watson narrates:

My surprise reached a climax, however, when I found incidentally that he was ignorant of the Copernican Theory and of the composition of the Solar System. That any civilized human being in this nineteenth century should not be aware that the earth travelled round the sun appeared to be to me such an extraordinary fact that I could hardly realize it.

“You appear to be astonished,” he said, smiling at my expression of surprise. “Now that I do know it I shall do my best to forget it.”

“You see,” he explained, “I consider that a man’s brain originally is like a little empty attic, and you have to stock it with such furniture as you choose. A fool takes in all the lumber of every sort that he comes across, so that the knowledge which might be useful to him gets crowded out, or at best is jumbled up with a lot of other things so that he has a difficulty in laying his hands upon it. Now the skilful workman is very careful indeed as to what he takes into his brain-attic. He will have nothing but the tools which may help him in doing his work, but of these he has a large assortment, and all in the most perfect order. It is a mistake to think that that little room has elastic walls and can distend to any extent. Depend upon it there comes a time when for every addition of knowledge you forget something that you knew before. It is of the highest importance, therefore, not to have useless facts elbowing out the useful ones.”

“But the Solar System!” I protested.

“What the deuce is it to me?” he interrupted impatiently; “you say that we go round the sun. If we went round the moon it would not make a pennyworth of difference to me or to my work.”

The great consulting detective of the modern age does not collect and keep any information on the pretext that it might come in handy some day; the only information he gathers comprehensive knowledge on is information for which he has a specific purpose. He develops new techniques and new technology for understanding and analyzing data, and he is able to combine and organize information in a way that leads to a complete and correct answer to the question asked. But at the same time, he is distinguished for purpose limitation and for not retaining excessive knowledge. Sherlock Holmes’s focus is not on remembering personal data, but on the methods by which he can determine the knowledge needed to answer specific questions.

As we enter an era of exponentially expanding technological capabilities to collect and process data and information, basic principles and human activities remain the same as they did when nineteenth-century authors explored different questions of human use of new technologies and responses to the collection of and processing of data. Sir Arthur Conan Doyle’s simile of the brain as an attic is still useful in the context of Big Data. While the information storage capabilities we have are expanding exponentially, the question of quality furniture and being able to sort through the storage space and find what is relevant and useful does not change. Even in the best-case scenario of continually refined tools to sort through junk data, the consulting detective’s practice of only keeping information that is quality, relevant, and fit for a specific purpose is ideal.

It’s easy to focus on the idea of new technology as a fix for problems, but no matter how impressive the technological advance, it is still a tool used by humans and we must consider the principles and ethics behind its design and use from that human perspective. The more limitless our ability to process data seems, the more we must consider how we design the process so that it is proportionate and not excessive, that it is efficient and produces quality information fit for purpose, and that it doesn’t retain data beyond its utility for a specified purpose. We can look to other human narratives and design our processes to so that they look more like Sherlock Holmes than Madame Defarge.

Paget, Sidney. “His eyes bent upon the glow of the fire” http://www.victorianweb.org/victorian/art/illustration/pagets/86.html

Featured Blog:
No
Tags:
narrative
use of metaphor
change management